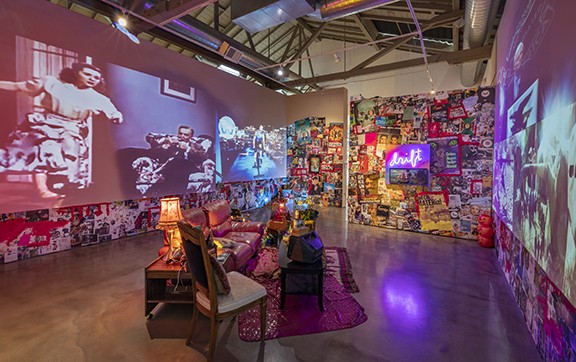 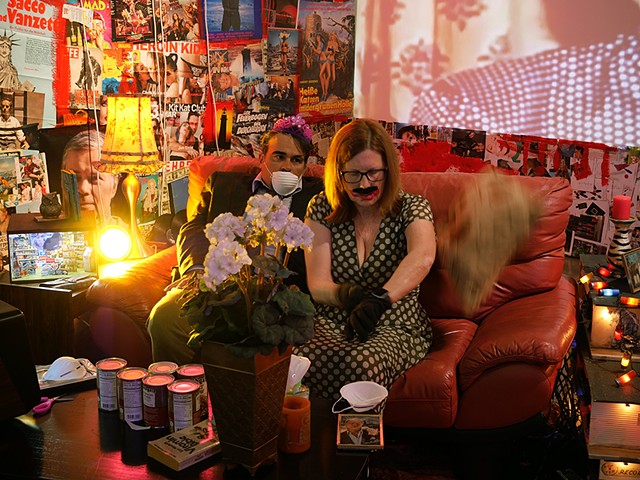 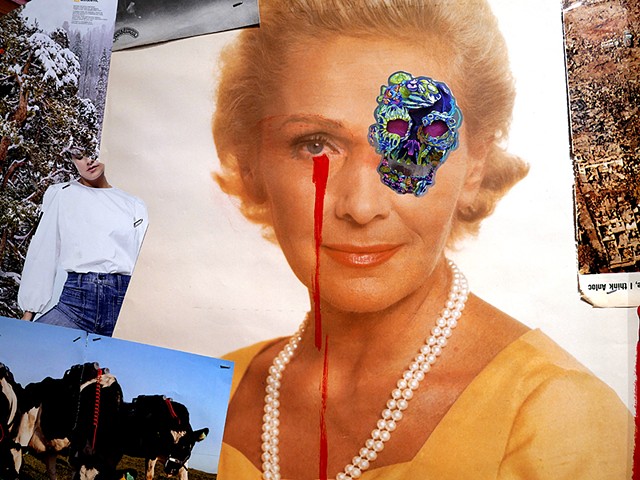 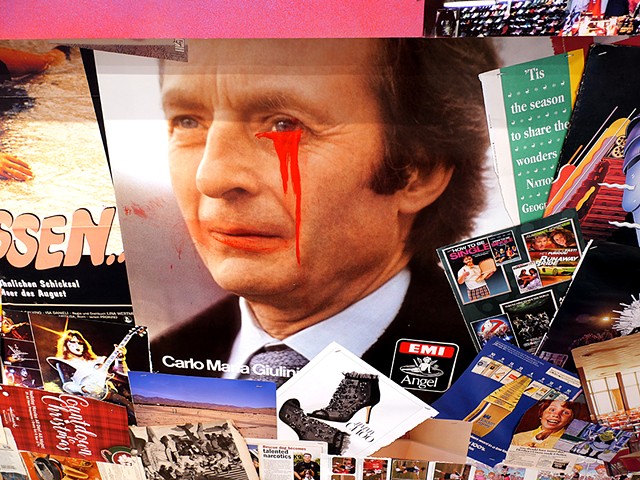 My Clusterfuck installations are a combination of sculptures, video projections, lights, rugs, kitsch, images, and odd accessories. The installations are immersive experiences that place the viewers at the simultaneous conjunction of a multitude of different, sometimes opposing, cultures. Is it a view into the future world we will live in? A psychedelic version of a Blade Runner scene? Or perhaps the clutter in one's own mind? Multiple projections overlap and compete in an aural and visual chaos with the soundtracks and videos from the jumble of sculptures in the space. The all-encompassing quality of the installation is designed to both over-stimulate the viewers and seduce/ensnare them.

For Clusterfuck 9, I have created my largest Clusterfuck installation to date. The installation consists of walls covered with posters, magazine pages, and signs. Four arge projections fill the walls. The projections reference the US gun issue and gun violence, the US issue of women's rights (both in history and happening at this moment), the new age movement, and popular culture and news. In the middle of the installation is a living room set, where I staged a performance representing the problems with and the breakdown of “traditional family roles”.

Clusterfuck 9 is on view at the San Jose Institute of Contemporary Art until late September 2019.