Since the Golden Age of Cinema, Hollywood has been steeped in mystery, intrigue, and secrets. From the Big Five (top film studios controlling the business) and the larger-than-life personas of movie stars, to the hidden stories, scandals, and crimes committed to and by these stars, Hollywood has been a place that closely follows the saying "life imitating art." There is a special history found in the buildings from that era, encapsulated with rumors, truths, lies, and ghost stories.

Fast forward to the 21st century, and much has changed. While the Roosevelt Hotel still stands and the ghost of Montgomery Clift supposedly still haunts the 9th floor, playing his trumpet, modern, cheap, and often tacky structures have sprung up everywhere surrounding the old glamorous monuments. Cheap wooden booths, selling maps to the stars houses, are temporarily constructed on corners near well-hidden mansions. Food establishments made of giant hotdogs and donuts have become tourist attractions in themselves. As has happened for years, young hopefuls flock to the City of Angels, hoping to become the next Brad Pitt or Scarlett Johansson. While a few make it, most are scattered around the city as coffee baristas, waiters, valets, or have found themselves caught in the seedier side of the business.

This body of work examines the contrast between the seductive, golden years of film in Hollywood and the mundane, seedy, and sometimes kitschy side of modern-day Los Angeles. 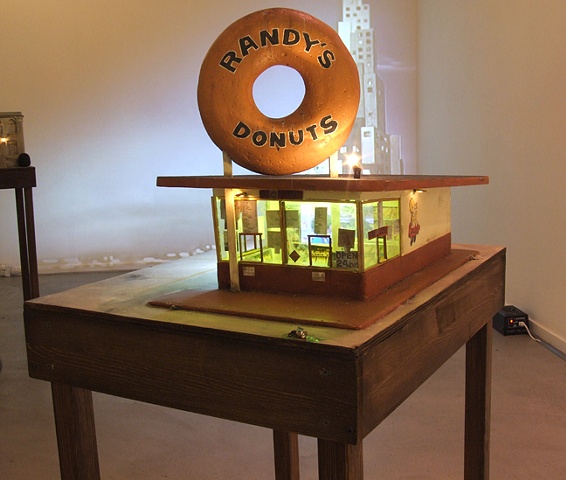